The convocation ceremony of the B-Tech and M-Tech students was held on the 14th of November 2019 at Malabar College Of Engineering & Technology campus Auditorium. And it was graced by the Japan International Cooperation Agency (JICA) administration officer Mr. Jointa Raba. Moreover This function was inaugurated by the Kalamandalam Vice Chancellor Dr. T. K. Narayanan. Also The college chairman Mr. K. S. Hamsa presided over the meeting. The principal Dr. P. Babu welcomed all the delegates. The core speech for the function was delivered by Dr V. Nandanan director of Malabar College Of Engineering & Technology and was concluded by the thanksgiving speech by the college Union President Ms. Mubasheera.

During the Convocation function the Japan International Cooperation Agency (JICA) volunteer coordinator Mr.Ken Sobajimma drew our attention to the unprecedented explosion of population which is a global problem now. What ever we achieve by means of economic development is swallowed up by the exploding population leaving millions of well qualified graduates unemployed. He pointed out that Strangely Japan is one state in the world that is unaffected by this phenomenon due to which there exists a vast opportunity for employment.  It is to bridge this gap that the government of Japan created JICA —Japan International Cooperation agency. Mr. Ken Sobajimma stated that towards this requirement, they were assisting in teaching the Japanese language and culture and assisting in placements too. 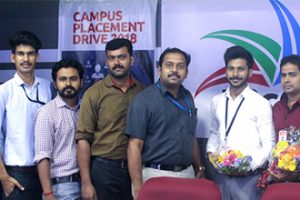 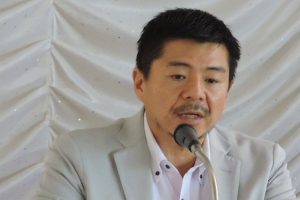